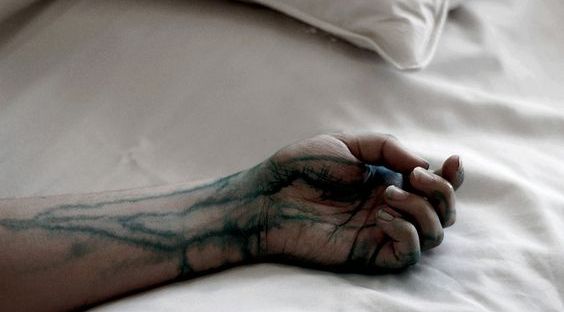 I find myself standing next to Caroline’s bed, across from Kaede and Gwen. Nick and Heath stand at the foot of the bed. Caroline’s spirit is fading. I don’t even need to touch her to see that. The shadow of death hovers around her, inching closer. She’ll be dead by morning.

Kaede’s emotions are all over the place, distorted by his worry for Caroline. I pay him little heed as I prepare myself for the death. Heath’s eyes watch me steadily. Although he’s had a recent brush with death himself, he wishes there were something he could do himself, including the possibility of taking it, but I won’t allow such a thing. Gwen has tried all she can, but there’s no need for her to continue tormenting herself. This is the only way.

“Will you be okay?” Heath asks me, worried about the look on my face and what it could mean. He’s wondering if I’m having second thoughts.

“Probably,” I sit on the edge of the bed. “Regardless, she’s out of time.”

‘If Selene could have done this all along, why did she let Caroline suffer?’ Kaede wonders bitterly.

“Kaede,” I snap, without looking up. “I’ll give you two minutes to get as far away from here as you physically can.” He looks at me with a dead look in his eyes, then slowly moves toward the door. He thinks he’ll just wait in the living room and as soon as she’s awake maybe slip back in.

“Kaede,” I stop him. He pauses. “If you remain in a proximity that I can still hear your thoughts, I will give her your life instead of my own.”

He stops, looking down at his feet. He lets out a strained laugh. “You sound just like her. I doubt she’d approve if you did that,” He slips out, heading for a walk.

“Since when do I care about what she approves of?” I scoff. I twist to look at the other three.

“Now is not the time to argue. Let’s just get on with this,” Gwen scolds, worry in her voice. Nik raises his eyebrows at me, wondering what Kaede thought to make me threaten him. Heath is stunned.

“I don’t know if the change will affect me immediately, but I assume so. Once it’s done, Heath, you’ll bring me back to my room. I don’t want anyone else coming in to bother me. You all know I’m going to die, let me die in peace.”

Nik frowns, shaking his head. ‘You’re going to trust your pet with your safety? What if the beast breaks free?’

Nik scoffs, shaking his head. “I think I’ll go make sure Kaede doesn’t do anything stupid.” He mutters as he slips out of the room. Heath glances between me and the door after Nik, wondering why he left. He thought Nik would want to stay.

Fine. I don’t have time to coddle him. “Gwen, I hope you’re ready. I’m not sure if there will be any lingering effect.”

“Right,” She nods, moving to the other side of the bed.

I place my palm on Caroline’s pale chest. The black spider veins pulse under my hand, alive with malice. I take a deep breath as I begin the transfer. I pass my healthy energy into her, pulling the death into myself. The Void resists, its claws dug deep into her soul. I pry it out, one claw at a time.

Like an angry cat, once it realises there is something else to attack. It lets go of its nearly-dead host and charges toward the fresh kill. No one said Void was intelligent. I gasp as I feel it’s effect set in. The first claw digs into my soul and it feels like a needle in my heart.

My body trembles and I notice the black lines creeping up the back of my hand, sliding under the sleeve of my sweater. It feels like pins and needles, like my arm fell asleep. I know how far the darkness has moved as the tingling spreads. The instinct to save myself kicks in and I struggle to resist. I’ve never felt anything so evil.

Heath takes a step closer. “What’s it doing?” He’s freaked out by it, the way it moves.

The lines one Caroline’s limbs recede, crawling to me. I don’t need to make the effort to pull it out anymore; it comes willingly. Instead, I focus on giving her my energy, to replace what it took. Halfway through, I start to wonder if it will be enough. She still hasn’t woken up.

“I- I don’t know if my energy will be enough,” I whisper, glancing at Gwen. “She will be free of it soon, but… you’ll need to act quickly.”

“Not enough? But…” Heath panics, worried about what that means for Caroline. “I- if you need energy, take mine,” He offers.

Gwen shakes her head. “No. I will be giving the extra energy if she needs it. You need to do what she asked you to do,” She gives him a pointed look.

A fraction of the inky blackness remains within Caroline. It moves too fast. It’s already started to eat away at my life before I can give it to her. My eyelids are getting heavy, my vision swims.

“Gwen,” I away on the bed. “You’ll need to come closer…” Gwen inches closer, watching between Caroline and myself. “Now!” I growl.

Gwen moves around the bed. Heath is on edge as she passes him. I hold my hand out, though I barely have the energy left to do that much. Gwen takes my hand and nods once. I close my eyes and start to pull her life energy, passing it directly to Caroline before the darkness can corrupt it.

It doesn’t take long after that, maybe a minute until the last of the darkness leaves Caroline. She takes a deep breath of relief, though she’s still unconscious. She’s no longer in pain.

I, on the other hand, feel the brunt of it now. I drop Gwen’s hand and catch myself on the bed, arms shaking as I struggle to keep my eyes open.

“How do you feel, Gwen? I didn’t take too much?” I’m not exactly sure. My mind is too hazy. I’m not even sure if she’s still standing.

“No, no. I’m fine,” She says, feeling just a bit tired. “I’m more concerned about yourself. Heath! Now,” She says sharply.

His arms wrap around me and I’m lifted off the bed in one swift movement. He’s hot to the touch and the warmth surrounds me like a blanket. It’s soothing, and I rest my head on his shoulder.

“You’re so warm…” I mumble, relieved.

He sweeps into the hallway, “And you’re as cold as ice. Come on.”

He jogs down the hall to my room, swinging the door open. He leaves it and rushes to the bed, laying me down and gently pulling the covers out from under me. He disappears for a moment to close and lock the door, closing the double doors between the living room area and my bedroom on his way back.

He’s scared, even though we planned ahead. He slowly takes off my shoes and then my jeans. He moves to the dresser, pulling out the thickest, warmest pair of PJ pants he can find before bringing them over to put them on me.

“I’ll be warmer if you join me,” I laugh weakly.

He hesitates. “Are you sure?” He doesn’t want to hurt me, unsure of how sensitive I am now.

“It’s nice. Hurts less with the warm,” I mumble.

He complies, crawling onto the bed slowly and lays down next to me, a pained expression on his face as he looks at me. The marks make me look old to him, like cracked marble.

I chuckle and cough, “I am old, darling. Is there something wrong with that?”

“Not to me, you aren’t, but despite that, I love you,” He says, a hiccup in his throat. He’s never really said those words before. They feel foreign to him. It’s almost as foreign to me, after so long.

I shift to lay on my side against him. “That makes me happy,” I hum, resting my head on his shoulder. “I love you too, Heath. More than I anticipated.”

He’s determined to be strong for me, wrapping his arm around me. He’s stunned at first by my words but it makes him happy. “I’m glad I didn’t scare you off, somehow.”

“You’re not nearly as scary as you think,” I muse, managing a smile as the warmth dulls the pain. “Void magic is much scarier, for one thing…” I yawn, letting my eyes close.

“I can’t imagine anything scarier than something else thinking and acting for you…” He sighs, annoyed with an itch on his head that won’t go away.

“I can,” I huff. “Someone who does evil things willingly, for one.”

I don’t hear his response. The darkness gnaws away at me from the inside and my consciousness slips away. I don’t expect to wake up again. 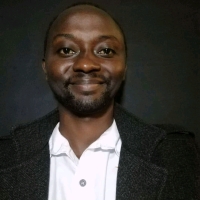 Thrills, Spills, and just a dash of Romance

One writer's experiences, and battles with words